We have a number of free videos that show how our yoga classes work, in person and online. We also record our weekly online yoga sessions and make theses available to our subscribers in case they are not able to attend the 'live' lesson or wish to practice again later in the week.

This 20-minute video shows some chair-based exercises based on yoga principles for all ages and abilities. You can even do them in your office. In order that you can move at your own pace, there are no verbal instructions. Just watch the screen and follow.

The following are approved teachers who have completed our teacher training course. 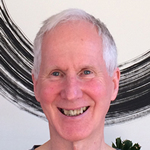 For Michael Okido Yoga is the fusion point of many strands of life. Prompted by the life force, Michael plunged into the world of natural health in the 80's, becoming a director of the New Cross Natural Therapy Centre and a teacher at the Zen School of Shiatsu before gaining his Okido Yoga certificate. It is a path which also includes a 3rd Dan in Aikido and the teaching of Zen meditation and mindfulness. All of these Michael finds joyfully embraced by the practice and principles of Okido Yoga. Michael has been practising Okido Yoga since 1989 and obtained his teacher's certificate in January 2010. 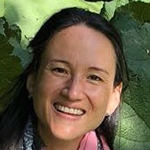 Junko lives and works in West London offering yoga classes, reflexology, reiki healing and other holistic therapies. She also has many years of experience working with whole foods. Junko was introduced to Okido Yoga during a period of ill health in her early 20s. Regular practice and participation in residential retreats played a big part in her healing journey and inspired her to pursue further study. Her aim as a teacher and therapist is to support people in feeling their best, at one with themselves and flowing with life. She has been practising Okido Yoga since 1998 and obtained her teacher's certificate in 2011. 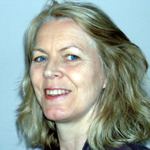 "I have been first intrigued and then involved in Oriental philosophy, healing and movement for many years." Trish's interest in Okido Yoga was preceded by studies and qualification in Shiatsu; she found Okido Yoga supported her in mind, body and spirit by providing the opportunity to retreat and recharge from everyday life. Eventually Trish chose to train further in Okido Yoga: "For me the training was as much about personal and spiritual development as about what we commonly think of 'yoga' as being". Trish has been practising Okido Yoga since 2005 and obtained her teacher's certificate in March 2016. Since then, she has chosen to engage more in her local community, and now teaches a number of regular Yoga and exercise classes near her home in rural Suffolk. 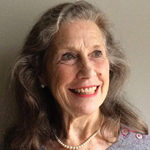 Anna studied at Art School and became a designer, pattern cutter and seamstress. Then after significant trainings, developed her Interior Alignment, Space Clearing practice and Macrobiotic teaching of natural foods cooking, Do-In, dance, movement and philosophy. She has been leading workshops and classes for over 35 years in many countries. Anna trained in Permaculture and as a lifelong gardener and traveller, sees that it is our personal and collective responsibility to care for ourselves and the planet, and to achieve a peaceful, healthy and sustainable future. Practising Okido Yoga since 1989, Anna obtained her Okido Yoga teacher's certificate in April 2016.